Delicious Hunter Page is cruising the sex club for some action when super-ripped hunk Austin Wolf, hidden in the shadows, grabs Hunter by the back of his jockstrap. Hunter goes for it and wastes no time slipping Austin’s thick meat into his warm mouth. Hunter tongue’s Austin’s balls and gags on his shaft as he teases and fingers his own hole. Austin picks Hunter up and hoists him up onto his waste, wrapping Hunter’s legs around his body and pressing his cock on Hunter’s willing hole. Austin puts Hunter down on his back and burrows his face in between Hunter’s furry ass cheeks. Sticking fingers and tongues into Hunter’s center, Austin preps him for a rough pounding. Hunter gets spun around and gets his mouth fucked as Austin goes balls deep. Spinning Hunter around again, Austin thrusts his dick into Hunter and stuffs his jockstrap into his mouth. Changing the pace, Austin lets Hunter control the fuck and ride him. Hunter passionately bounces on Austin’s rod taking every last inch. With Hunter now on all fours, Austin drills him from behind, holding Hunter in a headlock and pulling him closer as he digs deeper into his ass with his thick cock. Austin keeps pounding and wrapping his hands around Hunter’s neck until he spills his load out of his huge cock. Austin pulls out and comes around to blow his wad all over Hunter’s face. 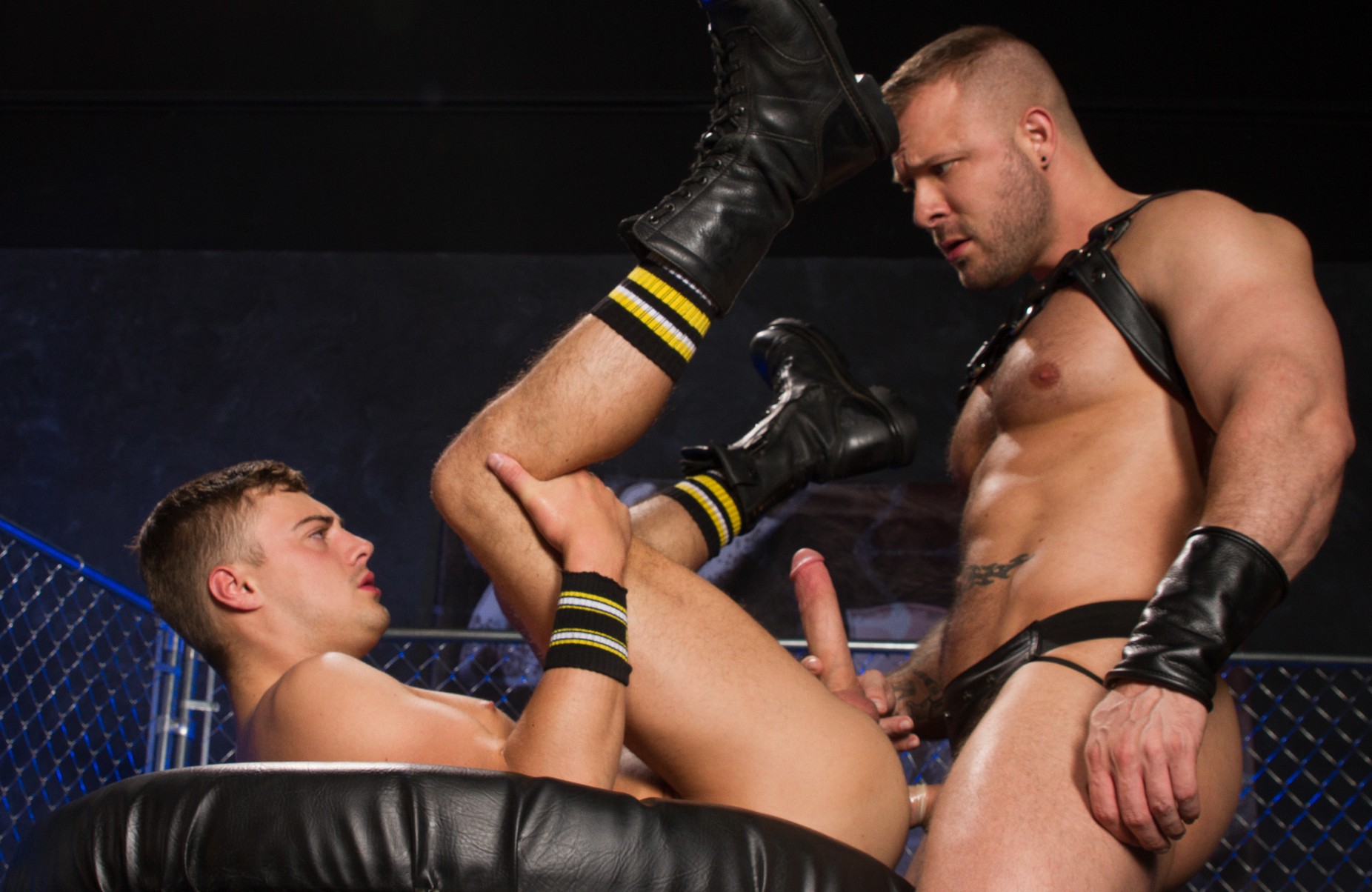 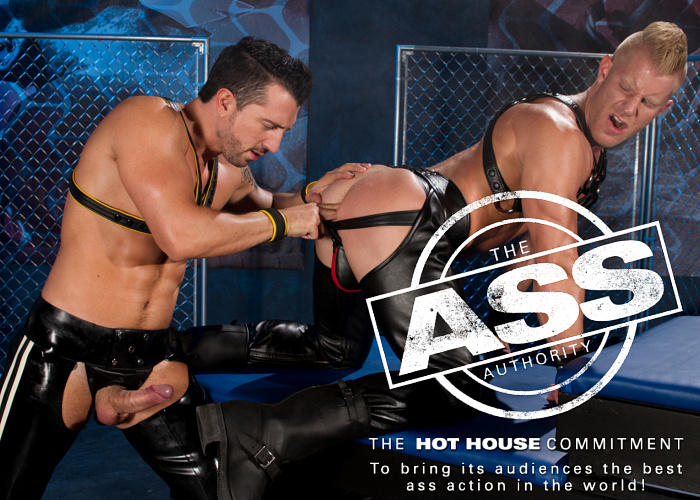