In the darkness of the neighborhood sex club, big, beefy Austin Wolf is cruising for a nice hole to use. Horned up and ripped, Jimmy Durano admires Austin’s bulging leather-strapped physique before continuing on his own search. That’s when Alexander Gustavo sees Austin and doesn’t hesitate to immediately get on his knees and slobber on Austin’s meaty cock. Austin takes the slim Alexander and bends him over to give his ass some much-needed attention with his talented tongue and a few fingers to loosen him up. Alexander wants more of Austin’s thick rod, so he lies on his back and gives up his throat for Austin to fuck with his throbbing dick. Austin spins Alexander around and eases his cock into Alexander’s willing hole. Austin switches up the pace of the fuck from slow and sensual, to rough and hard making Alexander beg for more. The hunks switch positions with Austin now pile driving Alexander’s ass. Alexander then takes Austin’s rod for a ride, grinding hard until he spurts his load onto Austin’s abs. While Austin jacks his cock, Alexander bites on his nipples and sends him over the edge, unloading his hot shot out onto his abs leaving him covered in both of their juices. 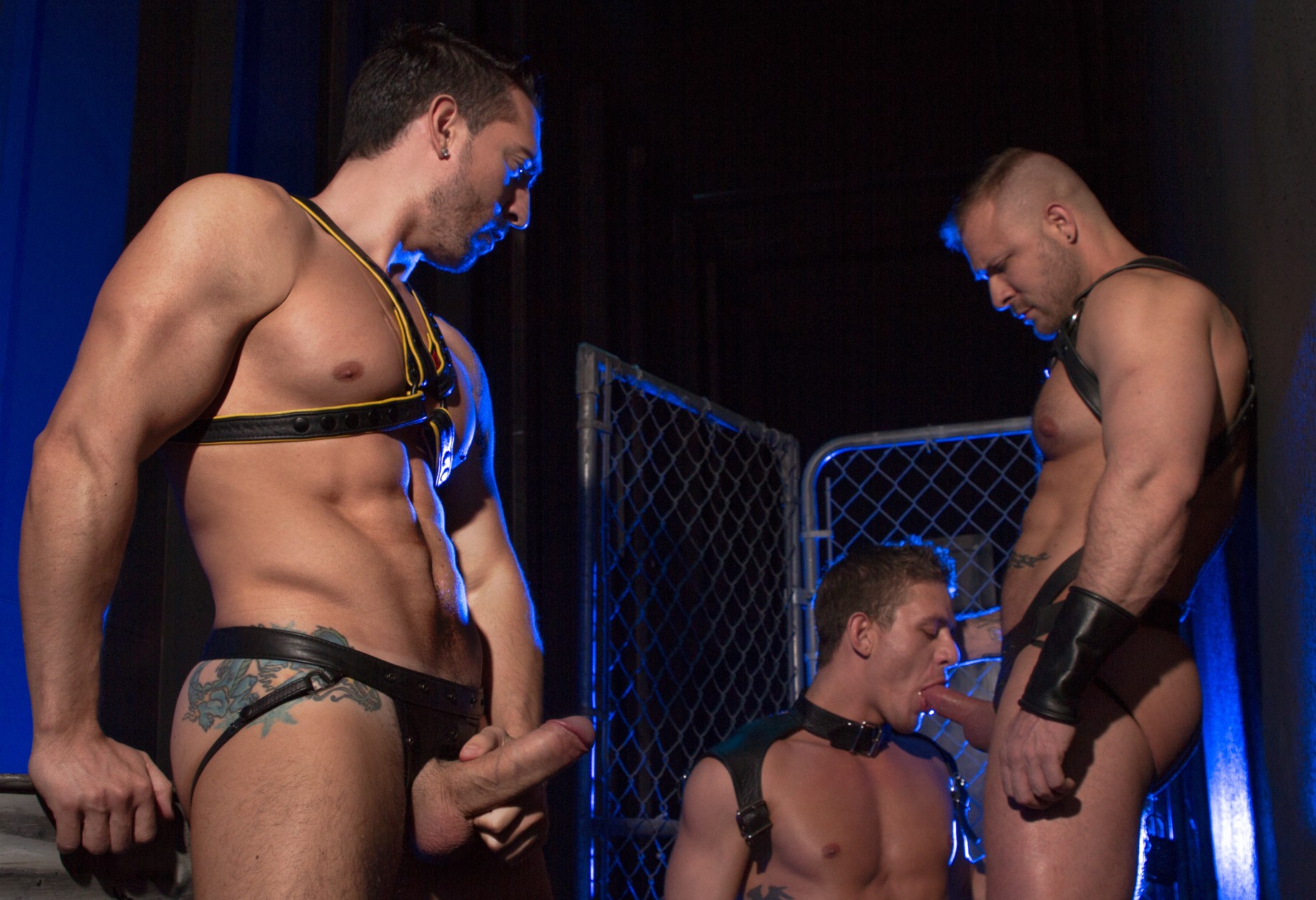