What do you do in Berlin when consumed by lust? It’s clear. One grabs a few buddies and looks for a suitable spot outdoors. An old signal box in the East of the city is the perfect location for this. Urban, abandoned and mysterious. The English Kieron Knight gathers his buddies Koldo Goran and AJ Alexander, goes on his knees and blows them – good old buddy style. The naked Koldo pushes his erect cock down the throat, AJ grabs his head and pulls him relentlessly on the bulging gland of his buddy, down to the root of the shaft. His yellow black rubber Jersey shines with dripping thick spit. The big cock falls out of his mouth and slaps on the rubber, as he pulls the two meat sticks deeper and deeper. Suddenly, AJ brutally throws him to the ground, pulls up his legs and puts his tongue in the asshole. Koldo meanwhile kneels over his face and rams the 22cm cock in his throat until the pig almost suffocates. AJ licks the juicy cunt so skillfully that Kieran would scream but is prevented by the massive cock in his mouth – he can hardly breathe. Even after he pulls his cock from the throat again, there remains no time for the British rubber pig to rest. Barely out of his mouth hole he has big cock in his ass. But one cock is never enough for the Englishman and so bends over both AJ and Kieran to double penetrate the steaming cunt cavity. The hammering continues with one cock in his ass and another in his mouth. Finally he has the opportunity to shout his lust in the Berlin sky. 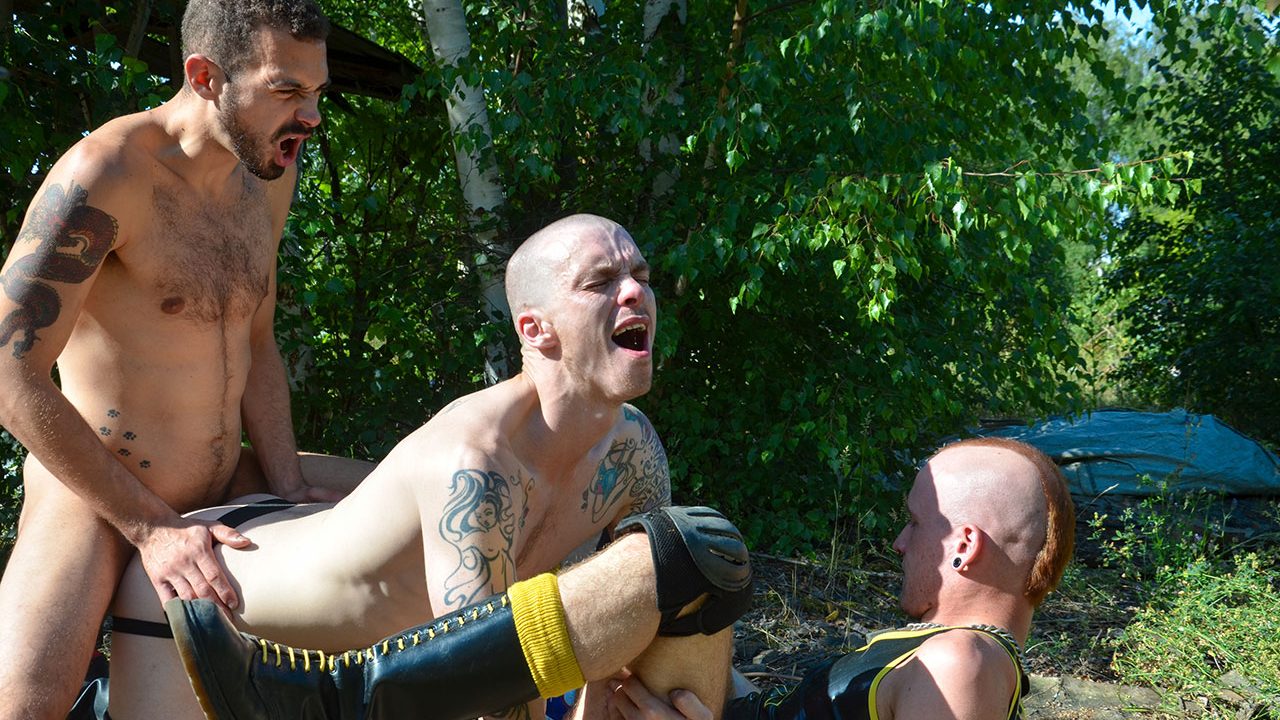